We're counting down to the release of THE HAIL MARY, book 3 in The Waiting Series from Ginger Scott.

THE HAIL MARY releases on January 18th. Enjoy this teaser! 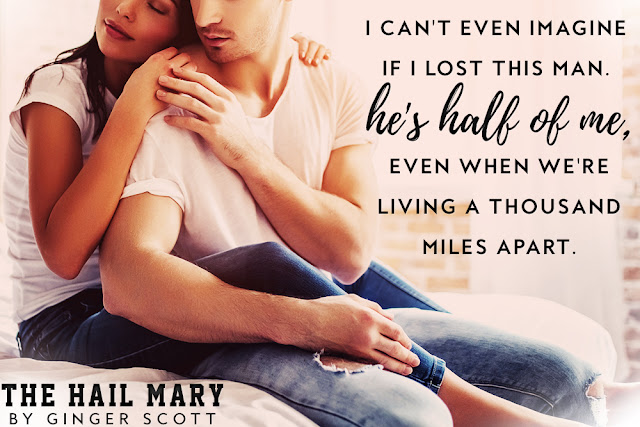 (The Hail Mary is book 3 in The Waiting Series, which follows high school sweethearts Reed Johnson and Nolan Lennox through football, life, love and everything messy that goes along with it. The series begins with Waiting on the Sidelines and Going Long.) 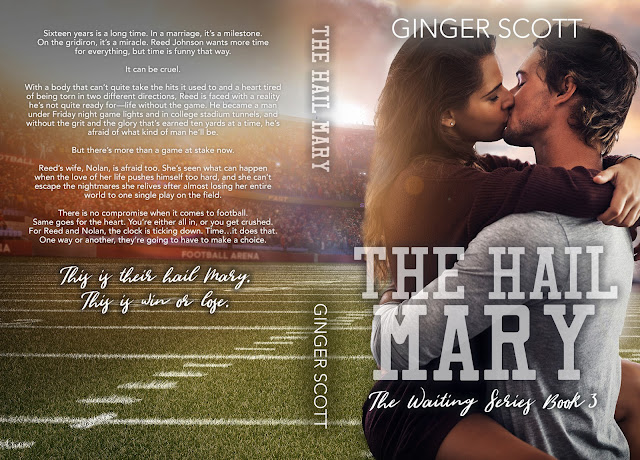 Read the first two books in the series today!

Posted by bibliojunkies at 1:30 AM