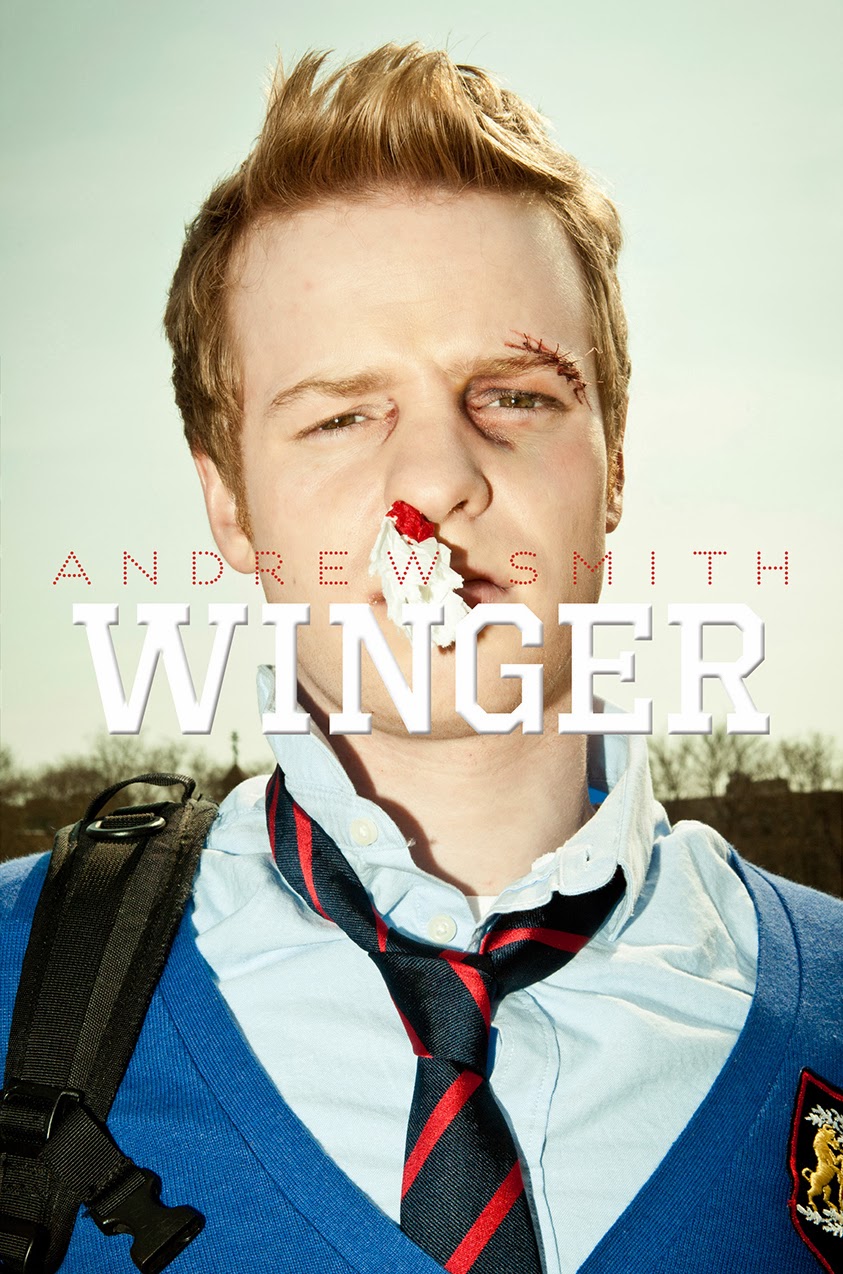 Ryan Dean West is a fourteen-year-old junior at a boarding school for rich kids. He’s living in Opportunity Hall, the dorm for troublemakers, and rooming with the biggest bully on the rugby team. And he’s madly in love with his best friend Annie, who thinks of him as a little boy.

With the help of his sense of humor, rugby buddies, and his penchant for doodling comics, Ryan Dean manages to survive life’s complications and even find some happiness along the way. But when the unthinkable happens, he has to figure out how to hold on to what’s important, even when it feels like everything has fallen apart.

Filled with hand-drawn info-graphics and illustrations and told in a pitch-perfect voice, this realistic depiction of a teen’s experience strikes an exceptional balance of hilarious and heartbreaking.


I’ve seen this book around and was both intrigued and grossed out by the cover.  I mean who wants to stare at a bloody nose? But once again, if I’m at the library and it’s in front of me, I go for it. And boy, what a story this turned out to be!

It took me a couple of chapters to get into Winger and once I did, I just had a blast with his fourteen year-old sense of humor and wit. This kid is hilarious and smart! Every time he quipped about what a loser he was, I could honestly hear the disdain and resignation in his voice. He is such a hapless, awkward hero and it’s most glaringly apparent when he’s around his crush, Annie. His inner monologues are ridiculous. When he’s assigned to room with Chas, one of the meathead teammates from his rugby team, even he’s surprised that he hasn’t been beaten to a pulp yet. The two of them form a shaky and unlikely friendship based on poker, beer and taunts.

What makes Winger enjoyable is that Ryan Dean is essentially an "every kid" going through those rough and awkward stages of growing up: puberty, girls, being one of the guys. In his case, the horrors are magnified because he’s in 11th grade. Being the youngest gives him a slight disadvantage when it comes to his love life, but you’d never realize it seeing how his other friends treat him. Ryan Dean ends up bonding with his fellow teammates, guys he is either been intimidated by or thought would have no interest being friends with him. His confidence grows both on and off the field as does his own awareness of the people and relationships around him. His teammate Joey, who is becoming his best friend, happens to be gay, and many times Ryan Dean acknowledges that Joey’s “gayness” does not affect him. I fully appreciated his introspective observations about the relationships surrounding him, sorting out for himself how he feels about all his friends and all the changes they’re experiencing. As read it, I kept thinking how I hope when my son gets to that age, that he can be as bright and true to himself as Ryan Dean. I also kept thinking, wow, boys are such perverts. Yeah, I realize those two thoughts cancel each other out!

The unexpected and life-shattering event that occurs has a very somber affect throughout the remainder of the book.  I was too blindsided and stunned to even absorb the rest of what was happening. I had a restless night’s sleep after I’d read it and each time I tossed and turned I remember wondering if that really happened. Sure enough, it did. I re-read that brief chapter again, willing so desperately for it to be different. Once I accepted it (unwillingly), I went through the rest of the chapters a couple of times, but I could not escape that feeling of being punched in the gut.

I cannot express enough how much I love this book. Five stars is our highest rating and I wish I could give it an entire cluster. This is my favourite kind of discovery, where you grab a book without suspecting in the least that it will impact you significantly. Winger is a profound journey through the ups and downs of growing up, changing relationships, endless embarrassing moments (oh just wait til you get to the Spongebob bandaid story) and loyalty among friends, making it a strong contender for my Top 10 of 2014.