We are thrilled to be hosting a spot on the THE LAST RULE OF MAKEUPS  by Nina Crespo Blog Tour hosted by Rockstar Book Tours. Check out our post and make sure to enter the giveaway! 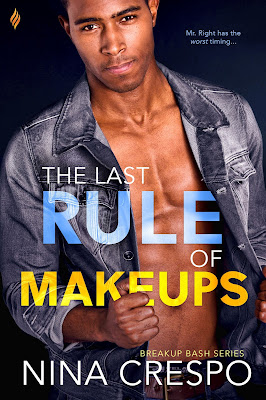 Cori Ross is thanking her lucky stars. Sure, her long-time boyfriend just dumped her, but that’s a good thing. In her rush to find Mr. Right, she realizes she almost settled for Mr. Just Okay. And that’s definitely not okay. So, tonight, she’s out with her friends at the Breakup Bash—a private party for women celebrating their break-ups—and she’s actually celebrating. Still, it was too close a call. So she makes a deal with herself—no guys for six months.

Unfortunately, just as she’s leaving the club, she runs into her old boyfriend, Grey Latham—the guy she’d always wanted to be Mr. Right. Great. What a time to swear off guys. Maybe she needs to change the deal—no relationships for six months. There’s no reason why she can’t have a fling, right? Because Grey still holds the title of the best sex she’s ever had.

There’s no way this could go wrong. Grey is on his way to international DJ fame—he’s only in town for a short time, and then he’ll be gone again. No harm in burning up the sheets while it lasts.

Too bad neither expected what happened next...

Each book in the Breakup Bash series is STANDALONE:

* The First Rule of Hook-Ups

* Rules of a Rebound

* The Last Rule of Makeups 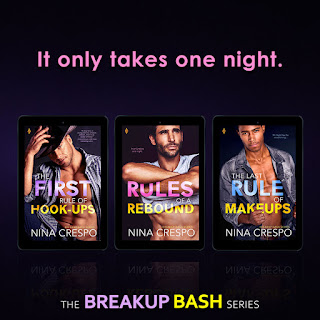 The Last Rule of Makeups is a reunited lovers/second chance romance. It’s the third book in the steamy Breakup Bash series. Cori has sworn off of relationships, but then she runs into her ex-ex-boyfriend, Grey Latham. What happens when Mr. Right has the worst timing? You’ll have to read Cori and Grey’s story for all of the sizzling details, but here is a list of my favorite scenes from the book.

1. The shoe shopping scene at the start of the book. I’m totally on board with Fashion Therapy Friday.

Corinne Ross removed the turquoise stiletto-heeled pumps from the box on the floor next to her chair in the shoe store. She slipped them on, and after fastening the straps around her ankles, she rose to her feet and sank into alluring, red- soled, four-inch-high perfection.

It had the ability to turn nightmares into fairytales, tears into smiles, and shit into glitter-filled, sparkly rainbows. At least temporarily, and after her crazy work week, she needed a huge dose of happy.

2. When Cori runs into Grey at Club Escapade. I love that he’s a gift for the eyes.

Dark jeans hugged his long legs. Smooth unruffled confidence emanated from his stride. The navy pullover he wore hugged broader shoulders, but he was still lean and muscular. His dark hair was close-cut now, and the sides were edged to perfection bringing out the angles in his brown face that was a gift for the eyes. But it was definitely Grey Latham, her ex-ex-boyfriend walking toward her.

Grey held her gaze as he leaned in. He hesitated a moment, as if giving her time to change her mind, before pressing his lips to hers. The gentle glide of his tongue along the seam of her mouth was an ask for more, and she gave it, parting her lips, welcoming him in.

4. Girl Chat. Best friends know how to help us keep things in perspective.

“Will you stop?” Cori threw a pillow at Nat’s head and missed. But she had said that during a chat about old boyfriends they’d had years ago. In her defense, wine had been involved during their conversation.

Nat laughed. “And I bring such wonder and delight into your world, you’ll never send me away.”

“No, but I’ll lock your ass in a basement and lose the key if you really said that to my mom.”

“Of course not.” Nat chuckled as she pointed the spoon at her and circled it in the air. “But your face a minute ago, when you thought I did? Totally worth it.”

5. Grey’s cooking and towel wearing abilities. He does it so well. (abbreviated excerpt)

Grey walked in wearing a rose-colored towel around his waist. A sheen of dampness trailed down between his pecs to his abs. The scent of her lemon body wash wafted from his skin. On him, the feminine fragrance transformed into something wholly masculine and potently sexual…

He glanced at the eggs and bowl on the counter. Do you want me to cook?”

He was offering to cook? When they were together, he was the Microwave King, and breakfast Hot Pockets and Toaster Strudel had ruled his kingdom. Starvation must have messed with her hearing.

“You mean like actually crack the eggs open and cook them, in a pan, on the stove?”

“Yes, I can scramble eggs and actually cook a few other things.” He lifted her chin to shut her mouth, sealing her lips with his. “Stop looking at me like I just grew another head.”

“You kinda did. The Grey I knew owned exactly one flimsy pot that he never used.”

“No, I owned two, but yeah, that was me. But now I’ve got skills. I can even handle toast and coffee to go with it.”

“Oh my gosh.” She exaggerated her surprise. “You’re practically a certified chef. I must partake of this goodness.”

“Uh-huh. I can’t believe you doubt my skills.” He tightened the towel.

Her gaze dropped to where he tucked the ends around his waist.

That’s my list. I hope you’ll check out these scenes in THE LAST RULE OF MAKEUPS. It releases on October 12th. I’d love to hear from you. Connect with me on Instagram @NinaCrespowrites or signup for my newsletter at www.ninacrespo.com. Happy reading! 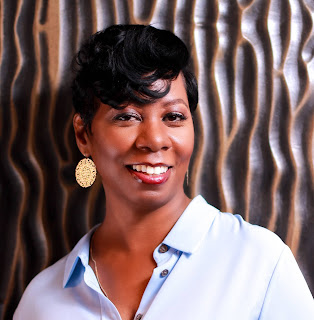 Nina Crespo lives in Florida where she indulges in her favorite passions — the beach, a good glass of wine, date night with her own real-life hero and dancing.

Her lifelong addiction to romance began in her teens while on a “borrowing spree” in her older sister’s bedroom where she discovered her first romance novel.

Let Nina’s sensual contemporary stories and steamy paranormal tales feed your own addiction for love, romance, and happily ever after.

Posted by bibliojunkies at 7:00 AM No comments: 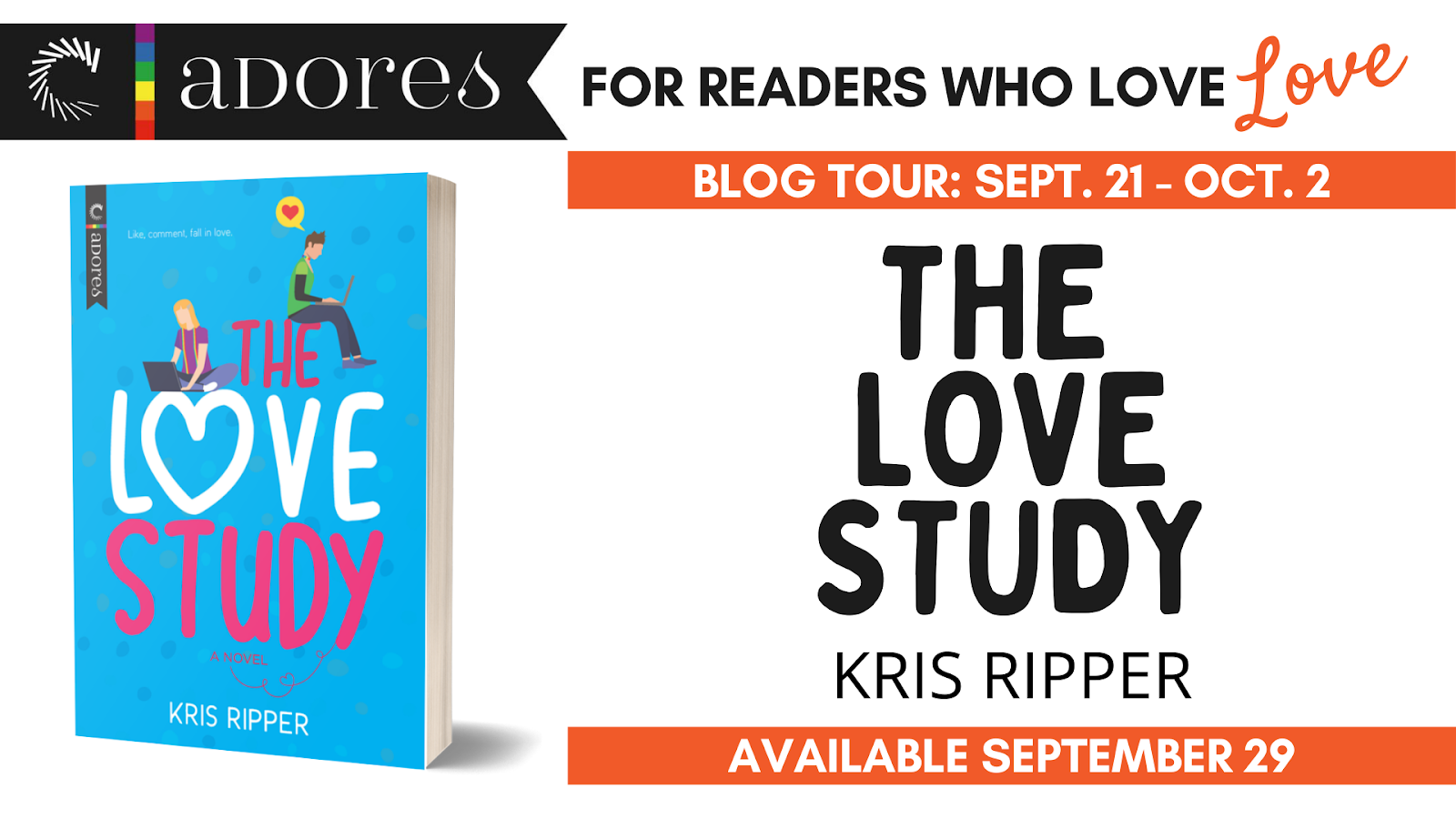 Out now - Here's an excerpt!

The Prince and the Pencil Pusher Release Blitz

Enter to win an e-book copy !

Read an excerpt & order your copy!