Meet Me at the Beach by VK Sykes - Release Week Blitz - Excerpt and GIVEAWAY! 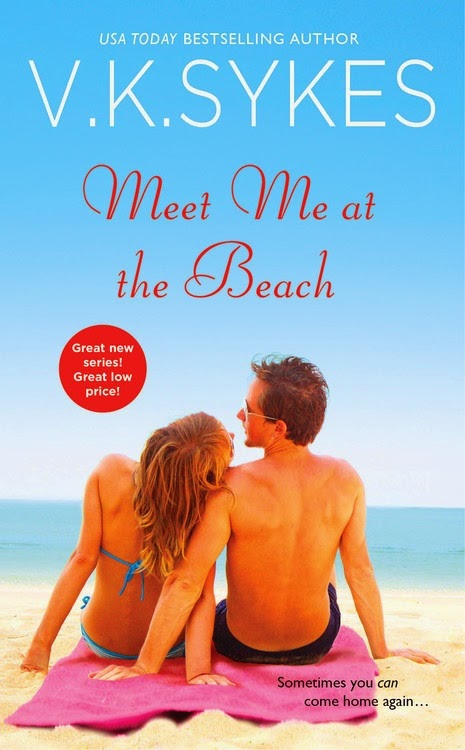 About MEET ME AT THE BEACH
When Lily Doyle spots her high school crush Aiden Flynn on the inbound ferry, she knows trouble is about to dock in Seashell Bay. And not just because he's more handsome than ever. If Aiden's in town, the rumors must be true about his family's plan to sell their coastal land to the highest bidder. But Lily will do whatever it takes to convince the hottest guy on the beach to protect their idyllic island home.

Gorgeous Lily Doyle was the only thing Aiden missed after he escaped from his hometown to play pro baseball. Now all Aiden wants is to wrap up the business deal and get back to his life, not relive a past that still haunts him. But as memories rush in about the night of passion he and Lily shared long ago, everything else washes right out to sea-everything except the desire that still burns between them. 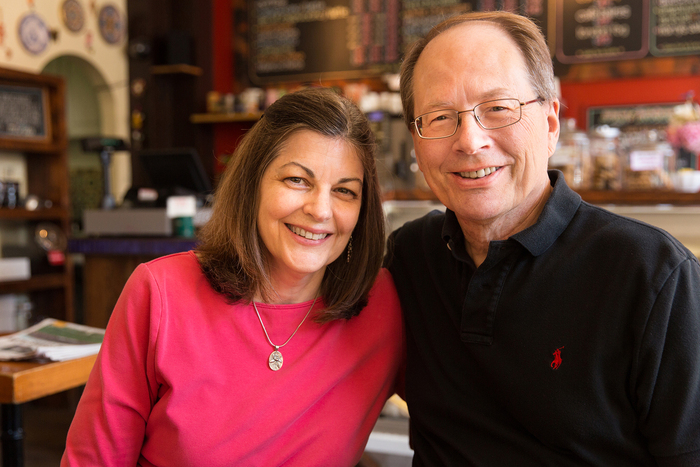 About VK Sykes
V. K. Sykes is a wife/husband writing team-Vanessa Kelly and Randall Sykes-who write romantic suspense and single title contemporary romance.  One of the great things they appreciate about being writers is that they can work anywhere so Vanessa and Randy split their time between Ontario, Canada, in the summer and Florida in the winter. Both locations have shores just as beautiful as the imaginary Seashell Bay.

“You know this isn’t your fault, Aiden. Don’t you? None of this is your fault.”

He gave an absent nod, almost as if he wasn’t really listening. “A big part of me just wants to sell my land and head back home. That way Bram will get the money he needs, and I’ll never have to lay eyes on the old man again.”

She tugged on his hand, exerting just enough pressure to let him know she wanted him to turn and face her. Some instinct whispered that he wasn’t yet ready to give up on Seashell Bay and that he needed her to help him work it through.

“But what about the other part of you?” she asked softly.

Though Aiden didn’t say anything, he did turn to look at her.

Lily rested her other hand on his chest, just for a moment, before dropping it to her side. “I hope you don’t go. I really, really hope you don’t.”

There, I’ve said it.

Aiden’s gaze roamed over her face. Even though it was so dark, her vision had adjusted, and she thought she saw yearning in his expression and a hunger that hadn’t diminished over the years.

Then he gently released her hand. “But you know I have to,” he said in a low voice.

That short, brutal exchange summed up everything. Impulsively, she’d taken the risk and put her feelings out there, but his answer hadn’t changed.

Clearly she was an idiot because instead of stepping away from him, instead of taking her cue from the gentle rejection, she moved closer and slipped her arms around his waist. It was the dumbest thing she could imagine doing, but she did it anyway.

Because it was Aiden, and it was a beautiful, summer night in Seashell Bay. It was their past and their present all coming together in a tangled web of starlight, pushing her to claim the moment they’d been too afraid to grasp that long-ago night.

“Stay for a little while anyway,” she whispered.

For several agonizing seconds, it seemed that fate held them in the balance. Then Aiden let out a huge breath and folded his arms around her, holding her tight. “For a while,” he murmured, brushing his lips across her temple. His masculine stubble softly chafed her skin, making her shiver.

Torn between heartache and relief, Lily turned her face up. Aiden captured her lips in a kiss that went from tentative and sweet to hot and passionate in the space of a few heartbeats, as she’d known it would. The feel of his mouth on hers, his tongue sliding inside to claim her with a fierce, almost desperate possession, transported her back to that night when they’d finally said yes to each other. It felt wild and new and yet so familiar in the best possible way. The years between them dropped away, almost as if he’d never left.