Brimming with heartfelt relationships and authentic high-school dynamicsThe Start of Me and You proves that it’s never too late for second chances.

It’s been a year since it happened—when Paige Hancock’s first boyfriend died in an accident. After shutting out the world for two years, Paige is finally ready for a second chance at high school . . . and she has a plan. First: Get her old crush, Ryan Chase, to date her—the perfect way to convince everyone she’s back to normal. Next: Join a club—simple, it’s high school after all. But when Ryan’s sweet, nerdy cousin, Max, moves to town and recruits Paige for the Quiz Bowl team (of all things!) her perfect plan is thrown for a serious loop. Will Paige be able to face her fears and finally open herself up to the life she was meant to live? 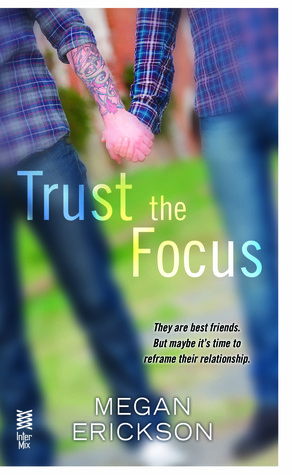 With his college graduation gown expertly pitched into the trash, Justin Akron is ready for the road trip he planned with his best friend Landry— and ready for one last summer of escape from his mother’s controlling grip. Climbing into the Winnebago his father left him, they set out across America in search of the sites his father had captured through the lens of his Nikon.

As an aspiring photographer, Justin can think of no better way to honor his father’s memory than to scatter his ashes at the sites he held sacred. And there’s no one Justin would rather share the experience with more than Landry.

But Justin knows he can’t escape forever. Eventually he’ll have to return home and join his mother’s Senate campaign. Nor can he escape the truth of who he is, and the fact that he’s in love with his out-and-proud travel companion.

Admitting what he wants could hurt his mother’s conservative political career. But with every click of his shutter and every sprinkle of ash, Justin can’t resist Landry’s pull. And when the truth comes into focus, neither is prepared for the secrets the other is hiding.
Posted by bibliojunkies at 12:00 AM

Email ThisBlogThis!Share to TwitterShare to FacebookShare to Pinterest
Labels: Emery Lord, Megan Erickson, The Start Of Me And You, Trust the Focus, Waiting on Wednesday