A Wolf Like Me (Thomas Spell #1) by Andy Fitz 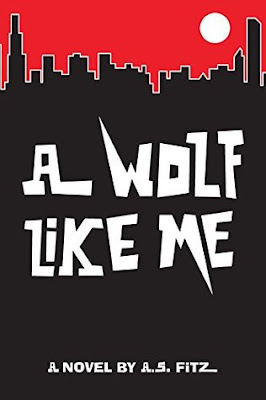 A midnight ritual by a secret society in the English Countryside nearly costs Thomas Spell his life. He returns home to Chicago to find that he carries within himself something unspeakable - a condition for which he believes there is no cure, until he meets Penelope, a beautiful and brilliant pre-med student determined to heal him. But The Brotherhood searches for him still, convinced that he holds the key to an unimaginable power. As his life begins to spiral out of control, Thomas is forced to confront his own past, as well as the dark forces closing in on him and everything he holds dear.

While travelling through France, eighteen year old Thomas awakens from a bad dream one fateful night go walking through the quiet streets in Paris. He happens across a man and a young lady engaged in a conversation that looks slightly odd to him. Through his haze he thinks he sees something unnatural but can't trust himself to know whether it's real or not. Celeste, the beguiling young lady he noticed and couldn't take his eyes off of, introduces herself to him and the two embark on a crazy alcohol and lust-filled jaunt for the next few weeks which is great for a horny teenager. Things are going seemingly well when out of nowhere, her attitude shifts and she insists that they must travel to England. Little could Thomas know that his life would forever be changed by the events to come. Whatever happened that night did its damage and left its mark on him. Five years later and back in America, Thomas who now goes by Ben is staying under the radar. Too bad those weirdos he encountered didn't get that memo, and things seem to be getting worse. Whatever happened that changed him seems to be growing stronger and he feels his control slipping away. He does have two friends - Penelope and Eric - who are in on his secret and doing everything they can to find a cure and protect him. Unfortunately, he attracts trouble and he doesn't have an inkling why people are after him which leads him into a spiral, battling demons on many fronts: guilt, his nightmarish relationship with his father and the fact that the monster within him wants out.

A Wolf Like Me is suspenseful and loaded with action. It's even funny despite its overall dark premise thanks to some whimsical elements that lighten the mood. Thomas is a self-deprecating, reluctant hero constantly in turmoil, at odds with himself and the entire world it seems like, but by the end he comes to the conclusion that embracing everything about himself - the good, the bad the monster - is what will save what means anything to him. AWLM takes place mostly in Chicago where we see a different side of the city that goes unnoticed. It's a gritty backdrop against which Thomas battles it out. I don't get around to reading paranormal too often but with a title that reminds me of the song by TV On The Radio (look it up, it's awesome) and the Chicago connection, I couldn't resist and I wound up thoroughly enjoying myself!


I'm so happy to introduce debut author, Andy Fitz, who has kindly taken time out to answer a few questions about the book and writing in general. 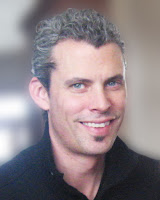 Hi Andy! Let me start by congratulating you on your debut. How did it feel to finally hit “publish”? Did you celebrate?
Thank you, and yes it did! To quote Richard Bach, “A professional writer is an amateur who didn’t quit.” I wrote the first scene for A Wolf Like Me in a Chicago coffee shop over 8 years ago, and in no conceivable universe did I envision that the entire process would take this long. That said, I don’t think it could have happened any other way, because I had to grow and develop as a writer and there are no shortcuts on that path – at least not for me.
I read that the idea for A WOLF LIKE ME came to you while you were in a creative writing class. I’m sure you have plenty of ideas so please share with us how this one stuck and became what it is.
My wife deserves all the credit for this, as she signed me up for a class at the Writer’s Loft in the City. Once a week I would sit with a dozen other hopeful writers in the finished attic of a 3-story Victorian in the Lakeview neighborhood and just write and drink coffee and talk about books. It was wonderful. We were encouraged to write about anything and everything, and on a couple of occasions I found myself writing a short scene with a werewolf. Each scene had an authentic energy to it and it just seemed to spill onto the paper. So, I suppose the general idea for my book arose from the ease and pure creative pleasure that I got from writing about it.
Your hero, Ben Ramsey is a bit of a mess – aside from the whole being a werewolf thing. He seems to have a knack for getting himself into trouble but also his history with his father is something that still affects him deeply. What was it like creating his character?
To go back to the creative writing class, one of the most important things that the teacher, Jerry Cleaver, taught me is that having a likable main character is not important. What matters ultimately, is whether the reader identifies with him or her. As a reader, I prefer flawed characters as I find them to be more relatable and less predictable. As a writer, it also affords me greater artistic license to develop their various hang-ups and shortcomings, and to reveal to my readers what makes them human. Ben is deeply flawed, but he is a decent person in spite of it, and I think as human beings, we can all relate to that, either within ourselves or with someone we care about.
One of the things I enjoyed about AWLM is that it’s set in Chicago and I got to learn of some areas that I didn’t know existed e.g. Hegewisch Marsh.  Were there any other details you discovered about Chicago that surprised you?
I love Chicago and called it home for 17 years. I am an urban planner by trade and I’ve always been especially fascinated with cities and urban environments. The Marsh was fun to incorporate into the story, because it is so un-urban, and speaks to Chicago’s primordial origins as a vast swampy expanse. I am continually amazed at the City’s capacity to surprise me – to reveal something that I hadn’t discovered before, even when it’s been there right in front me the whole time. Like the tiny overgrown lawn of a bungalow that I passed everyday on my way to the coffee shop to write. One day I glanced over and saw that it held an old crumbling stone gargoyle, which gave me the idea for Ben’s ability to converse with spirits.
How is your experience with your first book helping you as you write your sequel? And are you working on any other books as well?
It’s a completely different experience now that the first book is written. I feel as though I am reuniting with old friends to begin another grand adventure. The creative process is addictive and it frees you to just get as much as you can from your imagination onto the paper. The editing and rewriting is where the hard, unglamorous work of writing happens – but that comes later! I also have the skeleton of a more traditional epic fantasy novel sketched out, but that will likely be a side project for another day as I work on the sequel to A Wolf Like Me.
Okay, “rapid fire” questions here:
Favorite book as a kid.
Tough one, but the first chapter book that hooked me was Abel’s Island by William Steig. I love that book.
Book you disliked in high school that you’d try as an adult.
I’m terrible with the Classics: probably Crime and Punishment by Dostoyevsky
Author with whom you’d love to have a beer.
Ian Fleming
Thanks Andy!
Thank you!!


All right folks, A Wolf Like Me is available now and you can find it here: