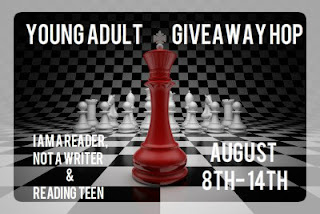 Wow, I cannot believe this is our 2nd Young Adult Giveaway Hop!  Thanks to I Am A Reader, Not A Writer and Reading Teen for hosting.

BiblioJunkies recently celebrated our one year anniversary, but we've been so busy this summer that we could not quite get our acts together to do a giveaway.  Given this, we decided to say thank you to all our followers and friends by making this an extra special giveaway!

You all know the drill.  Fill out the Rafflecopter form below and read the fine print in the terms and conditions.  Unfortunately. this giveaway is open to U.S. shipping addresses only.  So, enter to win - 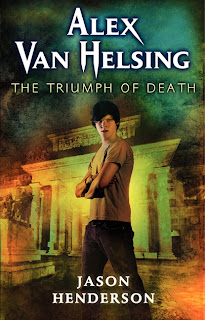 Within months of discovering he's next in a long line of vampire hunters, Alex Van Helsing has already defeated two powerful vampire leaders. Not bad for a fourteen-year-old.
But when a newly risen vampire queen threatens the fate of the world, Alex faces his deadliest challenge yet. Teaming up with a motorcycle-riding witch, Alex jets between Switzerland, the UK, and Spain in a frantic race to prevent the queen from unleashing a curse that will plunge the world into darkness.
With the clock ticking, Alex barely has time to breathe, let alone see his friends, and he's beginning to wonder if being a vampire hunter is worth all its sacrifices. In this thrilling finale to the action-packed series described as "James Bond meets Dracula," everything—Alex's future and, ultimately, that of the world—hangs in the balance. 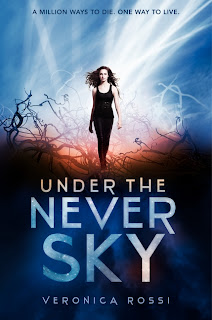 Since she’d been on the outside, she’d survived an Aether storm, she’d had a knife held to her throat, and she’d seen men murdered. This was worse.
Exiled from her home, the enclosed city of Reverie, Aria knows her chances of surviving in the outer wasteland—known as The Death Shop—are slim. If the cannibals don’t get her, the violent, electrified energy storms will. She’s been taught that the very air she breathes can kill her. Then Aria meets an Outsider named Perry. He’s wild—a savage—and her only hope of staying alive.
A hunter for his tribe in a merciless landscape, Perry views Aria as sheltered and fragile—everything he would expect from a Dweller. But he needs Aria’s help too; she alone holds the key to his redemption. Opposites in nearly every way, Aria and Perry must accept each other to survive. Their unlikely alliance forges a bond that will determine the fate of all who live under the never sky. 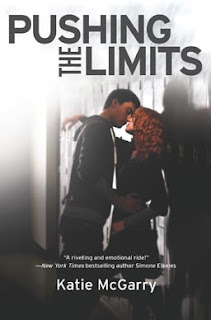 No one knows what happened the night Echo Emerson went from popular girl with jock boyfriend to gossiped-about outsider with "freaky" scars on her arms. Even Echo can't remember the whole truth of that horrible night. All she knows is that she wants everything to go back to normal.

But when Noah Hutchins, the smoking-hot, girl-using loner in the black leather jacket, explodes into her life with his tough attitude and surprising understanding, Echo's world shifts in ways she could never have imagined. They should have nothing in common. And with the secrets they both keep, being together is pretty much impossible.

Yet the crazy attraction between them refuses to go away. And Echo has to ask herself just how far they can push the limits and what she'll risk for the one guy who might teach her how to love again. 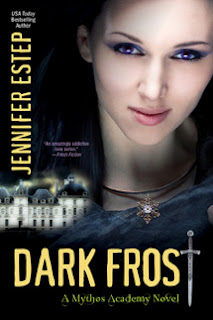 I’ve seen so many freaky things since I started attending Mythos Academy last fall. I know I’m supposed to be a fearless warrior, but most of the time, I feel like I’m just waiting for the next Bad, Bad Thing to happen. Like someone trying to kill me—again.

Everyone at Mythos Academy knows me as Gwen Frost, the Gypsy girl who uses her psychometry magic to find lost objects—and who just may be dating Logan Quinn, the hottest guy in school. But I’m also the girl the Reapers of Chaos want dead in the worst way. The Reapers are the baddest of the bad, the people who murdered my mom. So why do they have it in for me?

It turns out my mom hid a powerful artifact called the Helheim Dagger before she died. Now, the Reapers will do anything to get it back. They think I know where the dagger is hidden, but this is one thing I can’t use my magic to find. All I do know is that the Reapers are coming for me—and I’m in for the fight of my life.

Thank you all for being a part of our blog.  Good luck!  Stop by again soon!

a Rafflecopter giveaway
Posted by bibliojunkies at 9:23 PM