Somebody, Please Tell Me Who I Am by Harry Mazer and Peter Lerangis 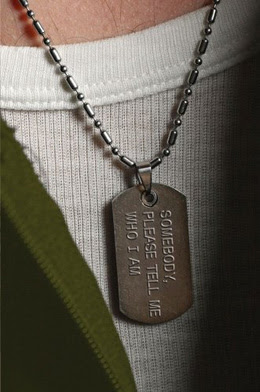 Everything has always come easily to Ben Bright. He’s a solid student, landed the lead in the high school play, and has been with Ariela, his amazing girlfriend for as long as either of them can remember.  Everyone expects great things from Ben. So when Ben enlists in the army right out of high school, they are devastated. His parents don’t understand, Ariela feels abandoned. But when he explains that he feels a deep need to give back, to protect his country, his friends and family reluctantly rally around him and support him.


No one expects the phone call about Ben being in an attack.  He has suffered a brain injury, and the doctors don’t know how extensive the damage is. When Ben comes home, he can barely speak or write or walk – or remember anything about his identity, his family, or his friends.


Somebody, Please Tell Me Who I Am was not what I expected. When I picked it up, I thought that I’d get a glimpse inside Ben’s mind as he undergoes the long and hard recovery towards something resembling normal. Instead, the story is more about how everyone is affected by Ben’s decision to join the army.


I’m not normally a fan of stories with multiple pov’s. The storyline can get too convoluted and burdensome. In this case, it worked effectively.  Ben sets it up at the rehearsal for his play where he’s reveling in the last few days of normalcy with his friends. He hasn’t revealed his intentions to them yet. However, his best friend Niko knows what’s up and calls him out on it. Niko forces him to explain himself. And even though not everyone can comprehend his decision, they are supportive of him.


It’s when the subsequent chapters featuring how the others cope with Ben's leaving that the story gets very engaging.  His absence leaves a gaping hole in their lives and you come to appreciate how much he means to each of them. You also get the heavy sense of their constant worrying about his safety and overall well-being.  Probably the toughest storyline to follow is that of Ben’s brother, Chris who’s autistic. Chris is so detached from what’s happening and knowing how much Ben loves his little brother, everyone makes a point to look out for him while he's away.


I won’t say that Somebody, Please Tell Me Who I Am is a fun read but it's so well written and offers contrasting insights into the lives of loved ones left behind. Each character has remarkable  presence and the different pov’s give the story deeper resonance.  It’s a quick read that I managed to finish in a matter of a few short hours. While it didn’t head in the direction I thought it would, I was pleased with where it ended up. I'll even say that I teared up just a wee bit.

Email ThisBlogThis!Share to TwitterShare to FacebookShare to Pinterest
Labels: army, coma, Harry Mazer, memory loss, patriotism, Peter Lerangis, Simon and Schuster BFYR, Somebody Please Tell Me Who I Am, trauma