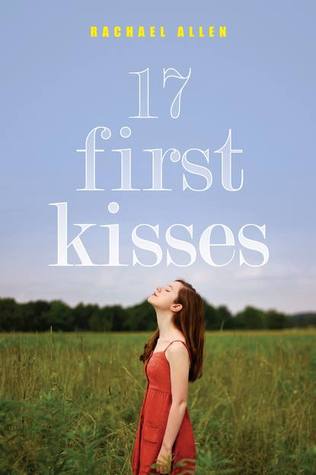 No matter how many boys Claire kisses, she can’t seem to find a decent boyfriend. Someone who wouldn’t rather date her gorgeous best friend, Megan. Someone who won’t freak out when he learns about the tragedy her family still hasn’t recovered from. Someone whose kisses can carry her away from her backwoods town for one fleeting moment.

But Megan is falling for Luke, too, and if there’s one thing Claire knows for sure, it’s that Megan’s pretty much irresistible.

With true love and best friendship on the line, Claire suddenly has everything to lose. And what she learns—about her crush, her friends, and most of all herself—makes the choices even harder.

In her moving debut, Rachael Allen brilliantly captures the complexities of friendship, the struggles of self-discovery, and the difficulties of trying to find love in high school. Fans of Sarah Ockler, Susane Colasanti, and Stephanie Perkins will fall head over heels for this addictive, heartfelt, and often hilarious modern love story.

Lucy’s learned some important lessons from tabloid darling Jayla Heart’s all-too-public blunders: Avoid the spotlight, don’t feed the Internet trolls, and keep your secrets secret. The policy has served Lucy well all through high school, so when her best friend Ellie gets sick before prom and begs her to step in as Cole’s date, she accepts with a smile, silencing about ten different reservations. Like the one where she’d rather stay home shredding online zombies. And the one where she hates playing dress-up. And especially the one where she’s been secretly in love with Cole since the dawn of time.

When Cole surprises her at the after party with a kiss under the stars, it’s everything Lucy has ever dreamed of… and the biggest BFF deal-breaker ever. Despite Cole’s lingering sweetness, Lucy knows they’ll have to ’fess up to Ellie. But before they get the chance, Lucy’s own Facebook profile mysteriously explodes with compromising pics of her and Cole, along with tons of other students’ party indiscretions. Tagged. Liked. And furiously viral.

By Monday morning, Lucy’s been branded a slut, a backstabber, and a narc, mired in a tabloid-worthy scandal just weeks before graduation.

Lucy’s been battling undead masses online long enough to know there’s only one way to survive a disaster of this magnitude: Stand up and fight. Game plan? Uncover and expose the Facebook hacker, win back her best friend’s trust, and graduate with a clean slate.

There’s just one snag—Cole. Turns out Lucy’s not the only one who’s been harboring unrequited love...