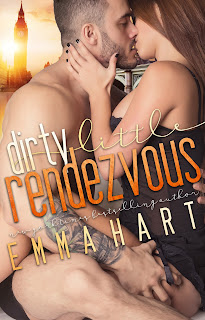 ***
Source:  Galley provided by author in exchange for an honest review.

Sometimes the past becomes the present... And he's hot, cocky, and British.

Leila Burke expected a lot of things when she joined her brothers on tour in Europe. He wasn't one of them.
Jase Masters had no idea what to expect when he agreed to support Dirty B. on tour. She definitely wasn't it.
It's been eighteen months.
He remembers that night a little too well.
She insists she has no idea who he is.
He's rugged and determined.
She's wild and free.
Together, they're a tornado.


Keeping it from touching down is the least of their worries.

Source:  Galley provided by author in exchange for an honest review.

The Burke Brothers, the members of Dirty B, are the hottest band going.  Leila is the youngest sister of the four alpha bad boys and agrees to join them on their European tour.  While there, she runs in to her British one-night stand, who just happens to be an up-and-coming rocker who's opening for Dirty B on the first leg of the tour.  All of this makes for fun hijinx and hilariously awkward situations.  Imagine four over-protective boys trying to dictate to a free-spirited, strong-willed sister.  :-)  Now you see it.  That's the best part of DRL in my humble opinion.  I love the Burke family and have thoroughly enjoyed the journey from Dirty Secret to Dirty Little Rendezvous.

I enjoyed DRL, but it was my least favorite in the series.  There were some editing issues that took detracted from the story (at least for me).  It's told in dual POV, which I love, but sometimes it felt like the British hero had the same southern USA voice as our heroine, which I found distracting.  Again, maybe it's just me, but I expected his thoughts to be more distinctively British.  There were also a some grammatical errors, which were hopefully caught in final editing.  I tend to have an eagle-eye when it comes to such things and come across such errors in almost all books I read - hopefully you don't because it's often a pain in the ass for me.

Despite my over-analness (and now I'm making up words) about editing issues, I recommend you pick up DRL and the rest of the Burke Brothers (if you haven't already, do it now!).  This series is definitely worth your precious reading time.  My favorite is Dirty Secret - I just adore Connor's interactions with Mila.  Ok, I enjoy the entire family's interactions with Mila.  You'll get why!