Check out the amazing cover of Memphis by Ginger Scott! We are so excited about this release! 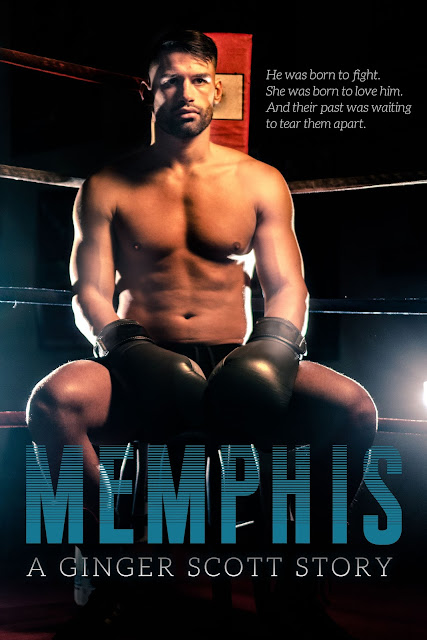 My mom always said it was just something about the way he moved.

The same swagger Archie Valentine wore in the ring when he took his opponents down followed him like a halo everywhere he went. But make no mistake about it—he was no angel. He was like a drug. My mother was his addict.

I never understood it…how love could make you blind and convince you to drink the poison. Not until I met Memphis Delaney.

At first, it was the familiar form. He’s a fighter, built like a god from the past, the kind of man the universe doesn’t make anymore. His eyes hide a story, and every time I’m in his presence I want to keep reading him until I get to the end. And then…there’s the way he moves. His boxing is violent but beautiful, and his body is a seductive weapon. When he’s in the ring, he wears the stare of a man committed to the battle until his very last breath.

He could end me; turn me into her. Too much of him will leave me as a shadow, and I’ve lost so much of myself already.

But I have discipline. It came the hard way. Lessons learned, scars left behind, and trust stripped away from life.

I will breathe his air, but I won’t fall for a man like him. The only boxer who’s ever going to break my heart is the one who gave me my name. 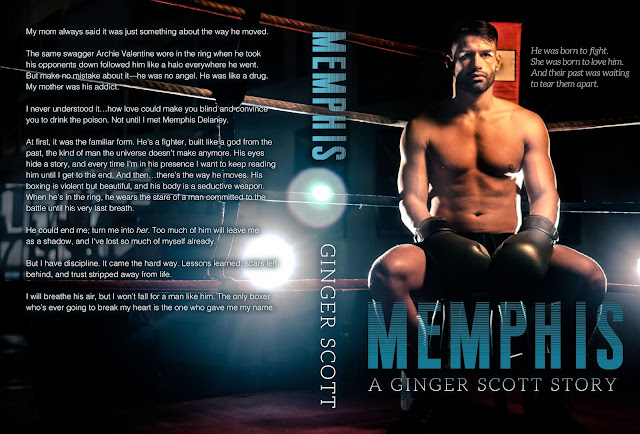 Ginger Scott is an Amazon-bestselling and Goodreads Choice Award-nominated author of several young and new adult romances, including Waiting on the Sidelines, Going Long, Blindness, How We Deal With Gravity, This Is Falling, You and Everything After, The Girl I Was Before, Wild Reckless, Wicked Restless, In Your Dreams, The Hard Count, Hold My Breath, and A Boy Like You.

Posted by bibliojunkies at 2:00 AM