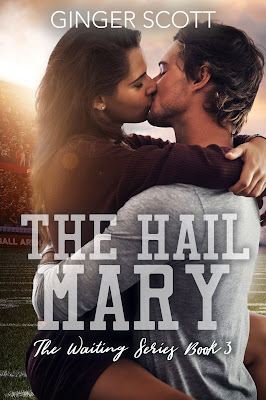 
Source: advance e-galley provided in exchange for an honest review


I must've been lost in my own little world because I didn't realize that Ginger Scott had plans to unleash a third book in the Waiting Series on us. It was the best surprise ever and I was over the moon to have a copy land in my hands. Waiting on the Sidelines is in my Top 5 of YA books because of the intelligent and moving characters within. I was amazed by how Ginger Scott crammed in 4 years worth of teenage angst, joys and upheavals and demonstrably showed how much they matured by the end of the book. That personal growth continued in Going Long, following them through the college years.

It's many years after graduation now and Reed and Nolan are parents to a fifteen year-old daughter. Reed's been able to pursue a successful football career and Nolan has her own business of providing therapeutic horses to work with special needs kids. It seems like they've managed to carve out their own slice of heaven. But what's shown on the surface is a far different story from what's going on underneath. Miles apart and living in different cities, a family health crisis and Nolan raising their daughter on her own during the football season, have taken their toll on Reed and Nolan's marriage. Their communication is off, their intimacy as well, and it's made harder by the fact that Nolan has become worried that the game that Reed loves so much and lives for, could hurt him. And Reed doesn't know who he is without football, afraid that walking away from the game would mean losing his identity and direction. Contemplating the future is a scary thing and the present is just as scary, too.

It isn't knock out, drag down fights between them. It's the uncomfortable silences, the hesitant grab for a hand, or the desperate search for anything that brings a smile that's been missing for so long. Ginger Scott conveyed their distance through exceptional imagery that got me in the gut. I remember one of those was Reed taking a glance at their closet, noticing how his and her clothes are at two opposite ends with a huge space in between. For him, it represented the current state of their relationship. When I read that, I got what it meant to him immediately and how much work they had before them to rectify whatever chasm came between them. The story is also about how their vision of of their family life has gone differently. They're simply out of sync and need to find their way back to each other. While they're on shaky ground now, the happier moments are presented through flashbacks that remind Reed and Nolan of why and how they fell in love. Those flashbacks are fun for readers who were there with them the first time around.

I know a lot of fans did a quick reread of the first two books in anticipation of the release of The Hail Mary. I had thought about doing that but then decided against it because I wanted to have that feeling of time having passed and memories being a little faded. I think that helped me get into Reed and Nolan's current mindset better. I think what I love most about The Hail Mary is that the characters stayed true to themselves. They don't lead the kind of lives we've come to associate with fame and wealth. Where they are now feels true to who Reed and Nolan are and have always been. It was a beautiful read, exactly what I knew I'd get from Ginger Scott. Reed and Nolan are one of my favourite couples and will always be precious to me. 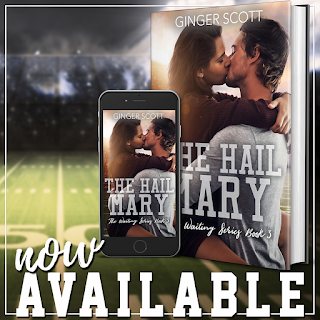 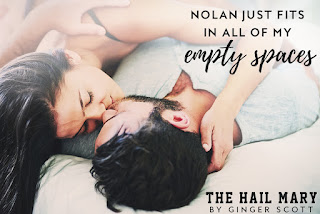 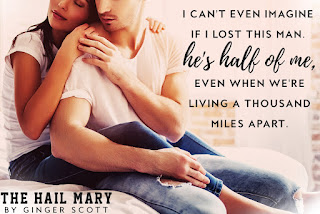