Today we have the release day blitz for Amanda Ashby ’s new contemporary romance, ONCE IN A BLUE MOON! Check it out and be sure to order your copy today! 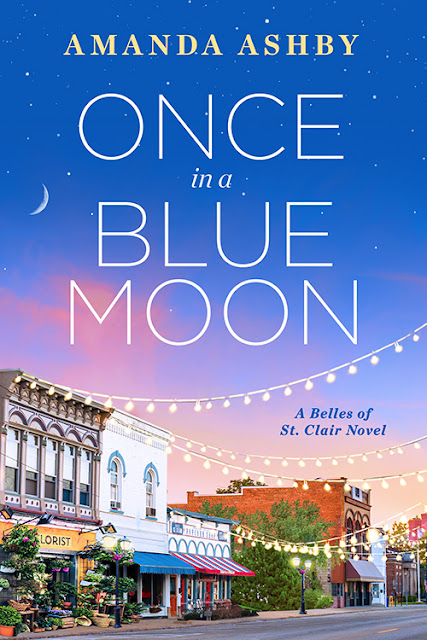 Title: Once In a Blue Moon

About Once In a Blue Moon:

Florist Laney George has a successful business, amazing friends and big, big dreams––oh, and a broken heart. But she’s working through that last one. Then the man she hoped to never see again shows up––and Laney’s carefully ordered plans are experiencing technical difficulties. Celebrated Author Adam Fitzpatrick planned to be in St. Clair for no more than a day. Sign the books, and get out. Same story, different day. What he didn’t count on was Laney George, who happens to be the star of his somewhat fictional tale. She broke his heart years ago, and he’d gone a bit mad. Okay, maybe a lot mad––and he put everything in his book, never imagining it would be a world-wide best seller. Now that he’s seen her again, he wants answers. But it isn’t just her that draws him in. It’s the town, something is happening and for the first time in years…he can write again. If only he could convince the woman who hates him most to start a new chapter in their story.

Catch up on the Series Today!

Adam frowned as he studied the green wall in the airport restaurant. The strands of ivy had strange lines of yellow running through them, making them seem dead and lifeless. He reached out a hand and touched a leaf, then recoiled. Plastic. No wonder he didn’t like it. He pulled out some bills to pay for his coffee and got to his feet. A few weeks ago, he didn’t even know what a green wall was, yet now every time he saw one, all he could think of was Laney, her mouth pursed in concentration as she’d woven leaves and branches into the large metal frame.

And she could use a chainsaw.


He walked through the busy terminal to catch his flight. He’d ended up having to stay two nights in New York and spent most of the time wishing he was back in St. Clair. At least they’d raised double the money from last year’s event, and soon he’d be boarding his flight.

Eight hours later, Adam pulled his rental car up to the Belles and climbed out. The St. Clair breeze was fresh and warm and loosened the knots in his shoulders. All he wanted to do was wrap himself around Laney, drinking in her warmth. He’d called her from the airport, but it had gone straight to her messages. He paused and frowned.


They didn’t usually catch up until after six, but it had been two days. Besides, it must be six o’clock somewhere in the world.

The closed sign hung on the door, but she’d given him a key last week. He climbed the stairs two at a time and reached the top as she walked past holding a tray of hot drinks. Her hair was pulled back off her face and hung over one shoulder, leaving her neck exposed. Heat seared through him, and he went to cross the threshold.

Then she turned, and her entire body froze, knuckles turning white as she gripped the tray. Her mouth had taken on a horrified shape, as if he’d just walked across an entire garden bed of flowers. Adam stiffened in response. Not quite the homecoming he’d been expecting.


“Where did you say the other jar of olives was?” a voice called out from somewhere in the apartment. Jessica? Oh, hell. His rising heat faded as Laney’s eyes locked with his, her gaze pleading. Begging him to stay hidden.

“Don’t tell her. She’s already finished one jar today,” Brett’s voice chimed in from somewhere in the room.

Laney’s hands shook as the color drained from her face, and Adam numbly took a step back down the stairs. Some of the tension in her jaw lessened, and she gave him a pained smile before hurrying into the other room, where her guests were obviously waiting. A dismissal.


He rubbed his jaw as steel spikes jabbed at his gut. Had he been imagining that this thing they had was more than just a fling? Had he spent the last two days wanting to be with someone who didn’t want to be with him? A familiar wave of humiliation and anger swept through him. What I want doesn’t seem to matter.

The sound of their laughing voices chased him as he stalked back to his own apartment. Nothing like a reality check to remind him that, despite how well everything seemed to be going, Simon was still there.


I’m competing with a ghost.

That was why she hadn’t told anyone about their previous relationship. Why she didn’t want anyone to know about this one. His legs twitched, and he considered going for a jog, but to do so he’d have to leave the apartment and risk bumping into Laney and her in-laws again. Risk seeing the horror in her eyes at almost having her secret exposed. Beer was the next best thing. He grabbed a can from the fridge. 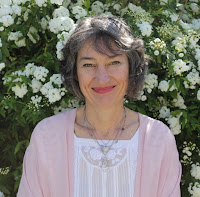 Amanda Ashby was born in Australia but now lives in New Zealand where she writes romance, young adult and middle grade books. She also owns far too many vintage tablecloths and likes to delight her family by constantly rearranging the furniture. She has a degree in English and Journalism from the University of Queensland and is married with two children. Her debut book was nominated for a Romantic Times Reviewers Choice award, and her first young adult book was listed by the New York Public Library’s Stuff for the Teen Age. Because she's mysterious she also writes middle grade books under the name, Catherine Holt and hopes that all this writing won't interfere with her Netflix schedule.

Connect with the Author:

Posted by bibliojunkies at 6:19 AM