You and Everything After (Falling #2) by Ginger Scott 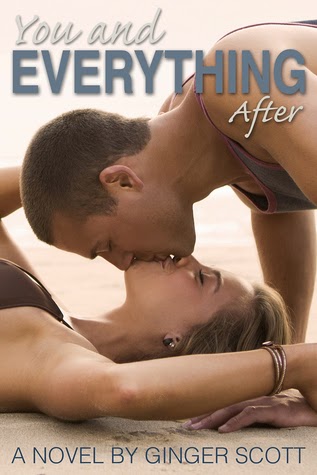 I’m that teenaged girl who has MS. You haven’t met me, but you’ve seen me around. You probably know my sister. We’re twins, and she’s the pretty one. Maybe you’ve heard about my reputation, how much I like to hook up at parties—how easy it is to get me in bed, get what you want, and forget about me after.

Forget what you think you know. I’m leaving that girl behind.

College is all about new beginnings. So from now on—I’m just Cass. And the rest…it isn’t written yet. And no one else gets to write my story for me.
--------
“Tyson Preeter doesn’t do can’t.”

That’s exactly what I want people to think when they see me. I am strong, invincible, confident, intelligent—arrogant. I’m the man who always finds a way around, over and through—until there’s nothing left. Since losing my ability to walk six years ago, I’ve relearned life. I don’t need sympathy. I don’t want charity. And I don’t do love.

It’s better this way, saves my disappointments for me, and me alone, and it saves my strength for everything I want.

And I’m about to let her.

Ever since I read that sneak peek that was included at the end of This Is Falling, I’ve been itching to get my hands on You And Everything After. Ty and Cass’s brief but memorable encounter at Sally's diner had me so excited for more of them. It was just too much to ask to be patient. Theirs appeared to be an unlikely match though it was apparent they were seriously in to each other. This is their story and it’s every bit as wonderful as This Is Falling.

We were already well aware of Ty’s disability and his "no-relationships, no-attachments" philosophy. Cass’s revelation that she suffers from MS was surprising as never let on about it previously. Cass is desperate to break out of the bubble wrap her parents have encased her in because of it. At college, no one knows about her condition, more importantly, they know nothing about her sordid high school past. It’s a chance to start anew though she still has those moments of doubt that can’t be erased so easily. Ty initially sees a sexy and vivacious young woman whose sassiness matches his own wit. Call it kismet or coincidence, he becomes her personal trainer and from there their relationship gets deeper. He believes in her and encourages her to pursue her dream of playing soccer again. Unfortunately, pursuing this dream also means facing old rumors that have resurfaced.

As Cass learns to battle her problems, Ty has to also face his own past - that being his ex-girlfriend Kelly who still has a hold over him. Realizing that Cass is the first girl since Kelly that he has fallen for is unnerving but he’s not stupid. He knows how happy he is with her and wants her to be just as happy. In This Is Falling, Ty comes off as a jerk … a lot. He has those moments here too and he fesses up to them. Only this time, you get to see where it’s coming from and how his jerk demeanor is not only his defense against attachments but also a way to keep others from feeling sorry for him.

One of the joys of reading You and Everything After is seeing the camaraderie between the Preeter brothers again but from Ty’s point of view this time. They have the typical sibling relationship and he clearly loves Nate. It’s amazing how he can be his brother’s biggest supporter of pursing his baseball dream even when his own died after his accident. The other dynamic of interest is that between Cass and her twin sister Paige.  She longs for some independence and space but also for Paige to have her back no matter what. This has been a divide between them since high school. Ty’s belief in her is the very thing she has been missing from her family. She doesn’t need coddling, she needs people in her corner. And that's exactly where Ty is with his firm resilience and no bull attitude.

“Yeah, I heard you. You have MS. I can’t feel my legs. La di f***in’ da. Are we training or what?” His expression hasn’t changed once, and the armor I just started to build up around my heart is already cracking.

Ginger Scott has fast become one of my favourite writers. I simply love how she describes these very personal, life-altering experiences, getting to the heart of matters without making it feel like an afterschool special. These people, with their innermost vulnerable pieces that are slowly put back together, eventually become their own champions by the end. And speaking of the end, Scott's done it again by giving us another sneak peek, this time into Paige's story. So now I get to "patiently" wait for book number 3, The Girl I Was Before. In the meantime, please catch up with the Falling series, the Preeter boys, and these fascinating, strong women who love them!

I knew I'd wanted to interview Ginger for a while now but coming up with questions is always hard since there's just so much I'd want to know. Thankfully, Ginger was gracious enough to discuss her work and give us an insight into her writing process. 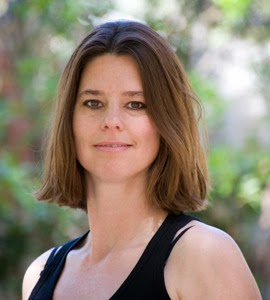 Let’s start with the inspiration for the Falling series. How did that come about? And did you have an idea that you’d have three books-worth to share?

It all started with an ASU baseball game. I was sitting in the grass, near the bullpen, on the third base side, and the players were stretching. I started watching this college girl in front of me, sitting on a blanket by herself. She was staring at one of the players, and he kept looking at her. It was all just very flirtatious, but there was something so precious about it. It sparked this idea of these two characters, and I pulled out my ticket stub and scribbled it full of notes. I had the character names and basic story outlined and stuffed in my purse by the ceremonial first pitch. I knew it would be three books by the time I got my cast of characters down. Ty's character was so rich, and I needed to explore him more. And then Paige was so different from the other two girls, and that just felt like it needed to be shown as well. When I realized what I had in this series, I got super excited!

Your characters face some heavy issues – autism (How We Deal With Gravity), post-traumatic stress (This Is Falling), MS and disability (You And Everything After).  What was it like getting inside their minds to write their stories?

I like to pull at the threads of things that sometimes slip by unnoticed. Writing the autism story was deeply personal and important to me, and it was a story I had been wanting to pen for quite some time. I have a fairly deep understanding of autism given my experience with it through family and friends as well as my volunteer work with an organization here in Arizona. For me, getting inside the heads of Gravity's characters was both an honor and a risk--something I wanted to get exactly right.

I drew from my reporting experience a great deal in writing This Is Falling. I've covered scenes similar, eerily similar, to the one that played out in Falling, and in many ways, Falling let me tell a side of that story I don't think gets shown often--the lingering effects and how a tragedy like the one in the book touches so many lives.

Getting inside the minds of Ty and Cass was my biggest challenge yet. I wanted to tell their stories right, honorably and accurately. I was extremely blessed to have guidance
from two close friends affected by MS and paralysis, and I took their advice on every single note they made. I was intimidated by Ty and Cass, and I think that's a good thing. It kept them honest.

How much of your personal experiences factor in to your writing?

I think my personal experience is always woven into the fabric of my stories in some way, though probably with far less drama. I have an ongoing promise with myself to write feelings accurately, even when it might be uncomfortable. I like to make people react as they would in real life, and sometimes, that means admitting how I may react or how someone has treated me at one point in my life. It's all part of falling in love, feeling new feelings, growing up. I think if I didn't tap into my personal experiences I'd be missing out on some of the ingredients for realism.

In You and Everything After, Ty mentions how superstitions and rituals are important in sports. Do you have any rituals or routines that help you write?

I do! I have a lot of go-to music; The National tends to play often. I also have a very nerdy outlining method that would probably look like organized chaos to anyone else (alright, maybe organized isn't an entirely accurate term). I also get in a serious groove when I'm about six or seven chapters from the end, and I will have power nights--all in a row--where I sit in bed, laptop in front of me, husband hiding under covers trying to drown out typing, while I literally am so obsessed with seeing where the story goes that I forgo sleep. I even know how it's going to end! It's all crazy.

Now for a bit of fun… the BiblioJunkies motto is “books, boys, pie”.  So …

What was your favourite book in school?

I have to answer this three ways: Junior High, the book "Forever" by Judy Blume. High School: "Gatsby." And in college: "Friday Night Lights."

If you could cast Nate and Ty Preeter, who would they be?

It's funny, I tend to agree with a lot of readers on this one, and I like the idea of Liam Hemsworth in both roles. Would that be weird?

Finally, can you attribute a dessert to each of the following characters: Rowe, Nate, Cass, Ty? What’s your favourite dessert?

Rowe is a chocolate chip cookie, sweet and all-american, but in need of milk.

Nate (while also the milk) is a s'mores! Oh my god is he so a s'mores!

Cass is a lemon torte, sweet and sour, and sort of ready to fight.

My ultimate dessert is the perfect slice of wedding cake. It's my favorite food in the world. Moist white cake, multiple layers of butter cream, a hint of raspberry or lemon or both, and the width of a tire. And now I want a piece!

Wow! I love that that one tiny observation at the baseball game led to these two phenomenal stories in the Falling series! Thank you Ginger for taking the time to answer my questions. And congratulations once again on You and Everything After! Check the links below to learn more about Ginger and her books.

Email ThisBlogThis!Share to TwitterShare to FacebookShare to Pinterest
Labels: bad reputation, baseball, disability, Falling, Ginger Scott, How We Deal With Gravity, interview, MS, paralysis, Preeter brothers, rumors, The Girl I Used To Be, This Is Falling, You And Everything After