The Girl Who Fell by Shannon M. Parker 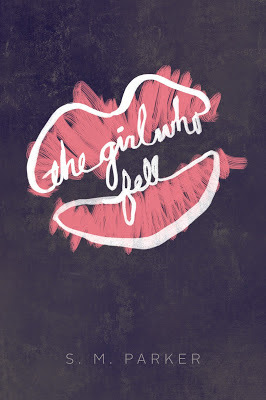 In this gripping YA debut, high school senior Zephyr Doyle is swept off her feet—and into an intense and volatile relationship—by the new boy in school. THE GIRL WHO FELL is a powerful and important read that School Library Journal calls, “(a)n invaluable addition to any collection. (SLJ *STARRED REVIEW* January 1, 2016)

Zephyr is focused. Focused on leading her team to the field hockey state championship and leaving her small town for her dream school, Boston College.

But love has a way of changing things.

Enter the new boy in school: the hockey team’s starting goaltender, Alec. He’s cute, charming, and most important, Alec doesn’t judge Zephyr. He understands her fears and insecurities—he even shares them. Soon, their relationship becomes something bigger than Zephyr, something she can’t control, something she doesn’t want to control.

Zephyr swears it must be love. Because love is powerful, and overwhelming, and … terrifying?

So when Zephyr finally begins to see Alec for who he really is, she knows it’s time to take back control of her life.

If she waits any longer, it may be too late.

Zephyr Doyle seems like the well-adjusted high school senior with a bright future to look forward to. She’s co-captain of her field hockey team, doing great at school and has two of the best friends anyone could ever want. Only problem is that her father recently left their family. The sting of betrayal from the abandonment throws shade over an otherwise wonderful school year. Her feelings all in a flux go haywire when the new boy at school, Alec shows interest in her. She falls in love with him, fast. As things gets more intense and Alec becomes more demanding, Zephyr loses herself not realizing it’s happening. When she does, everything crashes in on her.

Regardless of if the author was attempting to convey a message, she does an outstanding job of methodically outlining the rapid intensity and disintegration of the relationship as Zephyr is forced to gradually force out important people from her life along with relinquishing her dreams. The whole affair was disconcerting and made me twitchy but that’s me speaking from a reader’s point of view. From her point of view, Zephyr is young, inexperienced and most importantly, emotionally vulnerable. This trifecta makes her susceptible to manipulation. It’s terrifying how easily Alec messes with her mind through mere suggestion and emotional bribery to make her feel as if she’s the one who’s always committing the wrong doing, slyly painting himself as the innocent victim. Jealousy and insecurity are masked as love. He has an arsenal full of tricks to get her doing what he wants. Equally upsetting is how she forgives or even excuses his behaviour under the misguided idea of what an ideal partner should be. Without a doubt, reading this descent into dysfunction is disturbing.

My only reservation about the book is the sometimes overly descriptive language such as when Zephyr describes how she’s feeling. I found it distracting, and thought that had it been simplified without all the flourishes, the point would've still come across. My minor issue with it notwithstanding, I was still caught up in the story and anxious to know where things were headed.

The Girl Who Fell provides much food for thought by highlighting a serious problem that carries social stigma. It's a discussion that needs to be had especially with those entering the unfamiliar terrain of their first relationship. I still shudder when I recall some of the details and at how easily one can fall into the traps. It’s a gripping story that gains more urgency as the plot thickens. I do believe this is one to add to your TBR pile.