It's no secret that all three of us are HUGE fans of Tera Lynn Childs.  She is an absolutely lovely person and stunning author.  She has pretty much reached hero status to us Bibliojunkies.  Today, Tera is visiting to share with you all an excerpt from her upcoming novel, Sweet Legacy (the third and final book in the Sweet Venom series), and to also share an character meet between the Medusa Girls and Lily (Mermaid Series).

Read on for these fun extras and then enter to win 1 of 3 paperback copies of Just For Fins!

“I’m not supposed to autoport anywhere I haven’t already been,” I insist.

I want to go to a tropical island as much as the next girl, but… it’s scary.

“There’s no danger, Grace,” Greer insists, reading my mind as usual. “The island is deserted.”

“I’ve been there a dozen times,” she says.

She’s started to get impatient. “You’ve seen the satellite image of the beach and—“

“For the love of sanity,” Gretchen—who is always full up on impatience—snaps. “There is a Lamia monster on the loose in the Bahamas. We need to stop it before more people get hurt.”

We’re not sure how the Lamia got from San Francisco to the complete other side of the continent. It’s a giant shark. It can’t exactly hop on an airplane. Gretchen’s betting on a freight train, while Greer and I think it swam through the Panama Canal. However it traveled, as long as it’s out there, swimming free, people are in danger.

My sisters take my hands and, with my mind focused on the pictures from Greer’s last vacation, I close my eyes, hold my breath and autoport us across the map.

“You missed a bit,” Gretchen grumbles.

Daring to open my eyes, I’m surprised to find us standing about fifty feet offshore from a beautiful white beach. The water is only knee deep and is much warmer than the Pacific. No wonder people rave about the Bahamas.

Greer looks up from lamenting her saltwater-logged shoes and Gretchen spins around to face the direction I’m pointing, where a girl with frizzy blonde hair and a boy in a black tee are staring at us.

“Did you just see what I saw?” Quince asks.

The three girls notice us and start walking toward shore. Quince pushes to his feet and I pop up next to him. As they get close, I can see that they’re triplets. They have different styles, but their features are identical. How cool is that?

Quince steps closer to my side. “Hey.”

The girl on the right, who looks like she’s wearing head-to-toe designer clothes, including her shoes, narrows her pale gray eyes at me. I get the odd feeling that she’s… reading me.

She tilts her head to the side and says, “She’s a mermaid.”

My mouth drops open as Quince’s hands clench into fists.

“No way,” the girl in the middle exclaims.

The fancy one nods.

“I knew they existed,” the third one, who looks tough in a tight black tank and black wrist cuffs. “But I’ve never met one.”

“How did you know?” I ask the fancy one.

She kind of smirks. “I have second sight.”

“Second sight?” I shake my head.

“What does that mean?” Quince asks.

“Greer can read minds,” the middle one says. “I’m Grace.”

She holds out her hand and I stare at it for a minute before taking it. “I’m Lily,” I say. “What are you?”

Grace glances at Greer and the other sister, who shrugs. “We’re descendants of Medusa,” she explains. “We hunt monsters.”

“We need to go,” the third girl says. “There’s a Lamia terrorizing a village on Lemonade Cay. We need to stop it before it eats any more fishing boats.”

“And fishermen,” the fancy one adds.

“Oh,” I say, horrified by the thought of some giant sea monster eating its way through the Bahamas. “Lemonade Cay is about ten miles east of here.”

“Great,” the gruff one says as she takes the other two by the hand. “Let’s go.”

“It was nice meeting you,” Grace says with a sunny smile. “I hope we can—“

“Grace,” the gruff one warns.

“I’m going.” She flashes me another smile and then, poof, they’re gone.

“I’m real,” I counter. “You know mer powers were a gift from one of Poseidon’s sea nymphs.”

“Yeah, but…” He shakes his head and smiles. “What kind of crazy world have you brought me into, princess?”

“A magical one, tough guy,” I reply, wrapping my arms around his waist. “And you love every minute of it.”

He leans his forehead against mine. “What makes you so sure?”


He pulls me tighter to him. “That I do, princess,” he says against my mouth. “That I do.” 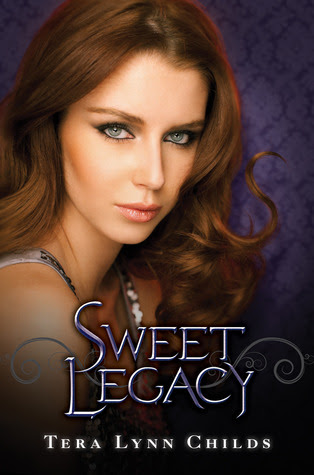 The dungeons of Olympus are a harsh contrast to the shiny white marble world above. Those halls—all sparkle and gemstones—are what I imagined Mount Olympus would be like. This is like a slumlord’s boiler room compared to the high rent high rise above. The gods are sending a clear message that if you end up in their basement, you’re in big trouble. It doesn’t look that different from the abyss. Dark, wet, and foul-smelling. Never-ending.

The main hallway at the base of the staircase branches off in several directions. I stop to listen. The place is eerily silent. It’s starting to make me nervous. The sooner we get out of here, the better.
With no stand out reason to choose one branch over the others, I lead us down the lefthand corridor. Mostly because it’s the biggest and there are torches lighting the way. It seems the most likely to lead somewhere important.

Or it could be a trap.

“Stay close to the wall,” I instruct. “And right on my heels.”

We follow the corridor around corner after corner, with nothing but stone walls to guide us. Not even a rat or a medieval torture device to break up the monotony. It reminds me of King Minos’s labyrinth. If a minotaur is the biggest bad we run into down here, we’ll be in great shape.

Then we round one last corner and it all changes.

I hold up my hand and everyone behind me stops.

The hallway spills into a vast open space. Encircling the outer wall of the chamber is a row of cells, cages closed in by iron bars. The rough stone floor stretches a few feet beyond the cell walls and then drops away. Smoke rises in its place, like a moat of fire. Across the gap, on a stone island floating amid the smoke, are more cages. Dozens of cages with thick steel bars that overlook the flames.

Every cage I can see is occupied. The dungeons of Olympus are overflowing.

Somewhere in here, Ursula is suffering.

“Then she took off her dress and she had eight legs,” a booming male voices bellows.

Another male voice cackles with laughter.

Swinging my backpack off my shoulders and dropping it on the ground, I wave everyone back and press myself against the edge of the wall. Looking toward the sound of their voices, I spot two guards tromping around the walkway.

That sends the other guard into a fit of laughter.

I turn to the group and gesture them up against the wall. We wait, unmoving, as the guards draw closer. Bending at the waist, I reach down and pull out a handful of zip ties from a cargo pocket.

I hope they’re continuing their perimeter walks, not heading for our hallway.

They reach the juncture and—I hold my breath—keep walking. After a quick glare at my companions to keep them in place, I take off at a run. The guards turn at the sound of my footsteps, but I launch into a flying kick, nailing the talkative one in the gut and knocking him into his laughing friend. I land on my feet between them, quickly dropping to my knees and yanking zip ties around their wrists.

The talker doesn’t have a chance to finish his insult before I knock his head into the ground and render him unconscious. His buddy silently shakes his head, but I can’t risk it. An instant later he’s just as unconscious as his friend.

I resist the urge to push them into the moat—I don’t know what’s down there and the two morons aren’t necessarily bad guys—so I just drag them out of the way.