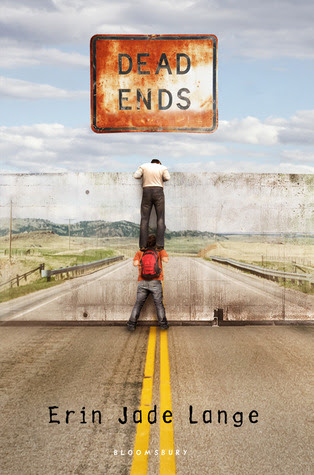 Dane Washington is one suspension away from expulsion. In a high school full of “haves,” being a “have not” makes Dane feel like life is hurtling toward one big dead end. Billy D. spends his high school days in Special Ed and he’s not exactly a “have” himself. The biggest thing Billy’s missing? His dad. Billy is sure the riddles his father left in an atlas are really clues to finding him again and through a bizarre turn of events, he talks Dane into joining him on the search.

A bully and a boy with Down syndrome makes for an unlikely friendship, but together, they work through the clues, leading to unmarked towns and secrets of the past. But they’re all dead ends. Until the final clue . . . and a secret Billy shouldn’t have been keeping.

As a journalist, Erin Jade Lange is inspired by hot button issues like bullying, but it is her honest characters and breakneck plotting that make Dead Ends a must-read.